Koha Community Pakistan in collaboration with Directorate of Scientific Communications and Publications, National Agricultural Research Center Government of Pakistan organized a Two Days Training on Free & Open Source Integrated Library Systems (ILS) at NARC, Islamabad on March 08-09, 2019. It was a National Level training which was attended by the participants from across the country i.e. Islamabad, Rawalpindi, Gilgat Baltistan, Lahore and Khyber Pakhtunkhwa. The inaugural Ceremony was graced by the Director Scientific Communications and Publications along with other senior scientific officers of NARC. 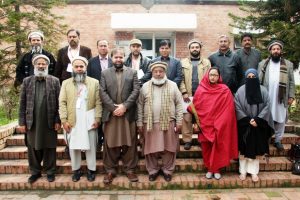 The Inaugural Ceremony was started by the recitations from the Holy Quran. Mr Faheem Akbar Senior Librarian welcomes to all participants and gives an overview about the two days training workshop. Mr Sher Afzal President Koha Pakistan (Lead Trainer) introduced the Koha ILMS and brief about the Free Open Source Software. He further highlighted the activities of Koha Pakistan in the promotion of Free and Open Source Software in country. He also introduced the training, its objectives and methods which are being adopted for effective learning of Free and Open Source ILS. The Director NARC, in his inaugural speech, appreciated the efforts of Koha Pakistan and Mr Sher Afzal for organizing such professionals training and he also appreciated the participants coming from around the country to learn the modern cutting edge technologies. He also offered the NARC support to Koha Pakistan for future joint-venture trainings for the all 38 libraries of NARC and all others areas of professional development. The Objective of the workshop was to equip the librarians with the practical skills to use KOHA in the management system of libraries. The following modules were covered in the two days hands on training workshop by the Resource Person Mr Sher Afzal Khan and Faheem Akbar: 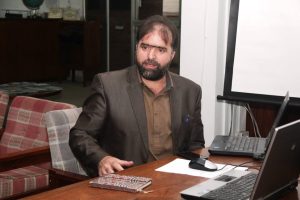